Find Alice in this mind-bending haunted house before she finds you.

I had an amazing time when I went with my brother. The actors were amazing I had a favorite in particular he was outside and his make-up was skeleton like and very silent and creepy which was a very great twist. The props were very detailed and very fun to look at as well. The timing for the actors were perfect so I'm guessing they were trained well. All of the haunts were amazing and my favorite would have been the Asylum.

Go into this mind-bending haunted trail of wonder and horror to find Alice.

Underland may or may not be real…When Alice and her parents vanished from their estate outside of Deadands, no one was able to locate them. Years later, after their estate was turned into an asylum, Alice was found there, as if she never left. It was rumored she fell into a deep depression and started to show signs of insanity.

Alice would talk to her stuffed rabbit and dodo bird as if they were real. Once  she was found lying on the bloody body of the neighbor’s dog, screaming “The March Hare demanded that I do it! The hound was a spy sent by the red queen!” . Later, Alice was separated from the others and was left alone in the asylum with nothing but her books. She slowly fell deeper and deeper into her insanity. Years later, Alice somehow disappeared. Everyone who knew her said she was violent and dangerous…. Could she still be alive? Could she possibly have survived?  Or is Alice lost in her own mined and trapped in her own insane reality?

The first search party came back empty. Care to join the next group going out there after Alice? 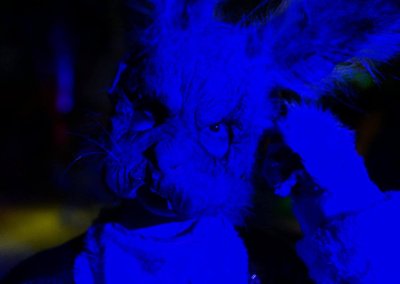 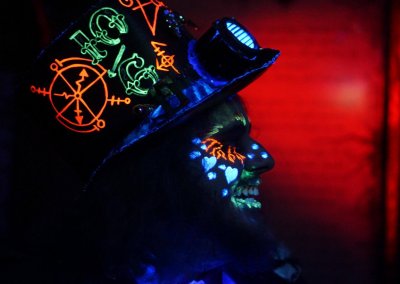 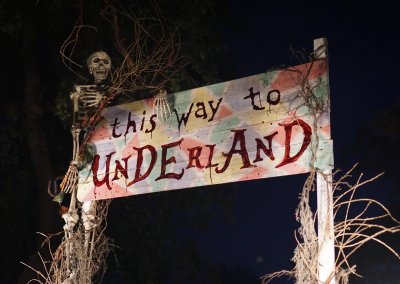 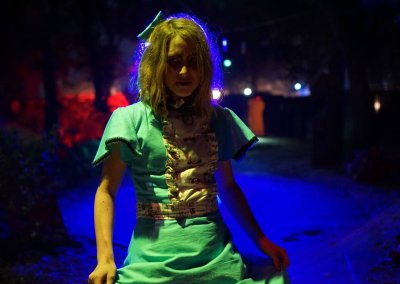 Outside – Straight out double doors, across bridge.